How Waste To Energy Works – A Sustainable Disposal Option 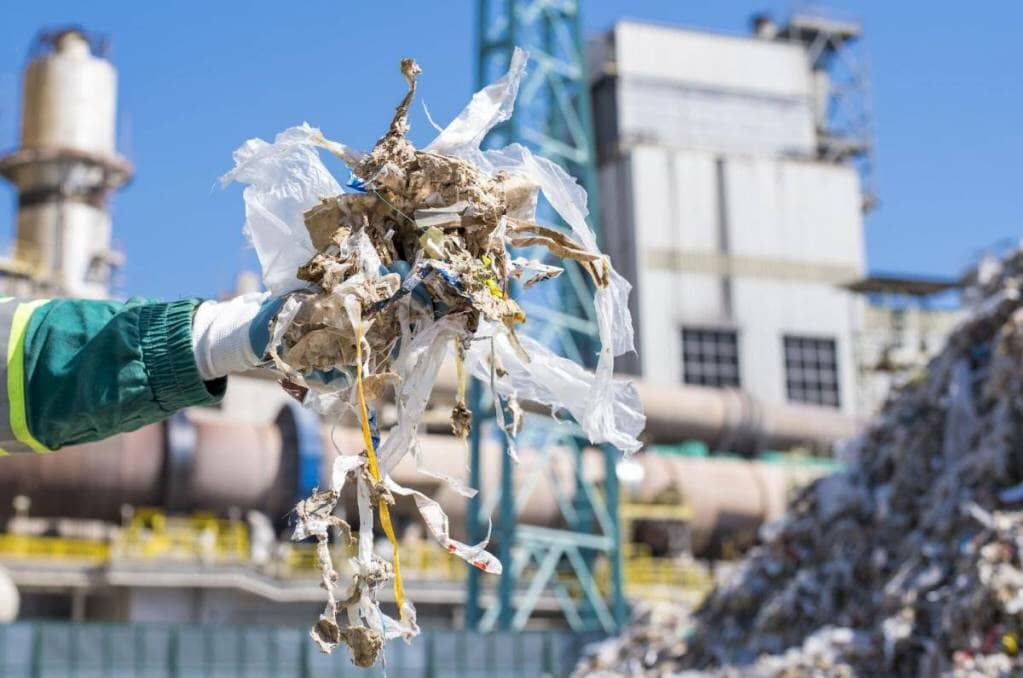 While waste-to-energy plants aren’t one of the best clean energy sources, they’re good at reducing the amount of waste a country sends to landfills.

There are two categories of waste-to-energy plants. The first type uses a mass-burn system. As the name implies, this type of plant burns all garbage materials to generate power. For example, water is boiled using flames and turns into steam. This steam then drives multiple turbines connected to a generator to produce electricity.

Most of the garbage used in mass-burn waste-to-energy plants are your typical yard waste, wood, plastics, and paper. Take note that almost 85% of the trash that the United States generates can burn safely and convert to energy. Through the process of burning, anywhere from 15% to 30% of a garbage pile’s original weight can be reduced to ash.

The second category uses refuse-derived fuel (RDF). Instead of directly burning garbage, the plant collects and extracts combustible fuel and gas from garbage heaps. This method isn’t as good for eliminating trash weight, unlike mass burning. However, it burns more cleanly and efficiently.

A single RDF plant can power at least a million homes every day. It can also recover reusable materials like metals. With an efficient plant, at least 600,000 tons of metal that may be used to build at least 450,000 cars can be recovered each year.

The process of converting waste to energy is relatively simple. Read on to find out how to produce electricity from waste.

1. Waste Is Collected From Homes And Commercial Establishments

As much as possible, fresh garbage is collected for conversion to electricity. The primary benefit is the prevention of organic materials from decaying in landfills and other garbage collection sites and, ultimately, generating harmful greenhouse gases such as methane and nitrous oxide.

In some cases, wastewater treatment plants can collect wet waste and sludge.

For example, suppose the waste-to-energy plant is in a rural area. In that case, the facility may also collect animal manure from farms and other forms of biogas and fuel from specific industries.

Depending on the type of waste-to-energy plant, the garbage is then sorted and processed.

For mass-burn plants, the trucks will dump the trash into a pit.

For RDF plants, the garbage is sorted and placed into containers where it will be processed, and fuel will be extracted.

In some plants, this phase is where the garbage is filtered for recyclable and reusable materials. Typically, the heaps of trash first go through a massive magnet that will remove all the metallic materials. Recycling personnel then sift through the piles to get all non-burnable and potentially toxic materials out.

Afterward, a claw or giant piece of machinery will get piles of waste and transfer them into a combustion chamber for burning.

In an RDF plant, first, the garbage materials are shredded and screened. All materials that can generate fuel are then stored in heating plants allowing them to start biofuel generation. Not all plants have the necessary equipment to derive energy from garbage, so it’s typical for a third-party company to handle this process.

Once the refuse-derived fuel is ready or delivered, the plant will inject it into the combustion chamber, where the generated heat will help turn water into steam.

As the garbage and fuel burn, a boiler containing water sitting on top of the combustion chamber will get heated.

After reaching the correct temperature, the water in the boiler turns into steam. The steam causes pressure to build inside the boiler. When the boiler reaches the proper pressure, the steam will be sent to the pipes.

Any steam that completely loses its high temperature and pressure turns back into water. This water is then sent back to the boiler to get reheated and become steam. This process continues until there’s no fuel left or if the electricity demand plummets.

Do note that these processes aren’t unique to energy production from waste plants. More or less, most fuel-burning power plants follow the same techniques to generate and deliver electricity to consumers.

Burning garbage isn’t exactly a clean process. To reduce the impact of the waste-to-energy plant’s impact on the environment, the smoke generated by the combustion chamber is filtered to make sure that all pollutants are removed.

Once the smoke is cleaner, it’s allowed to escape the plant through a smokestack. Meanwhile, after burning the garbage, the ash left behind is collected and disposed of properly.

Surprisingly, waste-to-energy plants are among the most efficient for net greenhouse gas (GHG) reduction, according to the U.S. Environmental Protection Agency (EPA) and the Department of Energy’s National Renewable Energy Laboratory (NREL).

With garbage being a cheap fuel source and the effectiveness of pollution management policies and systems in place in waste-to-energy plants, you can expect that more of them will be built in the future.

There are multiple ways to generate energy from waste, and an energy-to-waste plant is just one of them. Although waste-to-energy plants aren’t seemingly the cleanest energy source, they’re among the best ways to eliminate the waste people generate.

Aside from putting garbage to good use, these plants can recover recyclable materials. In addition, they can be used as a reliable source of energy, especially now that fuel prices are steadily increasing and electricity is becoming more expensive.

Offer valid only for same-day bookings.